My new flower friend, Virginia, has quite the flair for the dramatic. I walked into the office after the three day weekend to find her quite wilted and frail and all fainty, like a woman from a Victorian novel who is trying to get her beau’s attention. 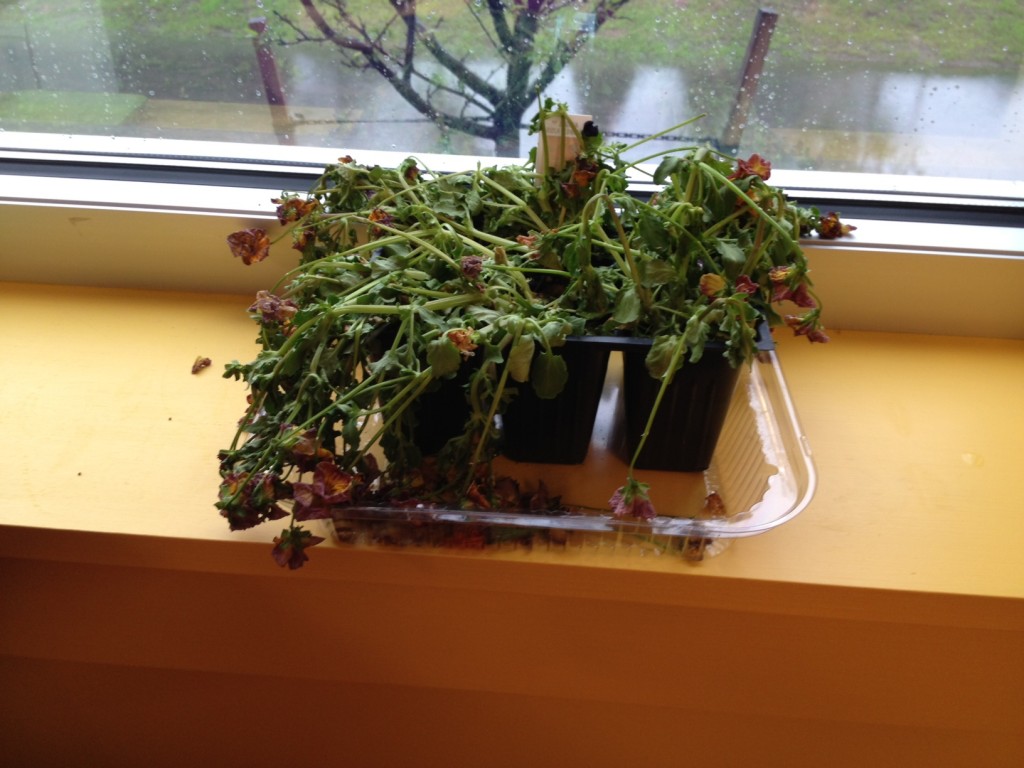 Tragic, isn’t she? I had a moment of real panic, but upon closer inspection, I decided that really all she needed was a good dash of cold water to the face. And perhaps a bit of tidying up of her rather more wilty bits. I spoke encouragingly to her as I watered her and lifted her gently and cleaned away the bits that were weighing her down. After just a short time, she was very nearly as sprightly as ever, and I think rather more impressive for having been on the brink of death (oh, woe!) and returned to me. 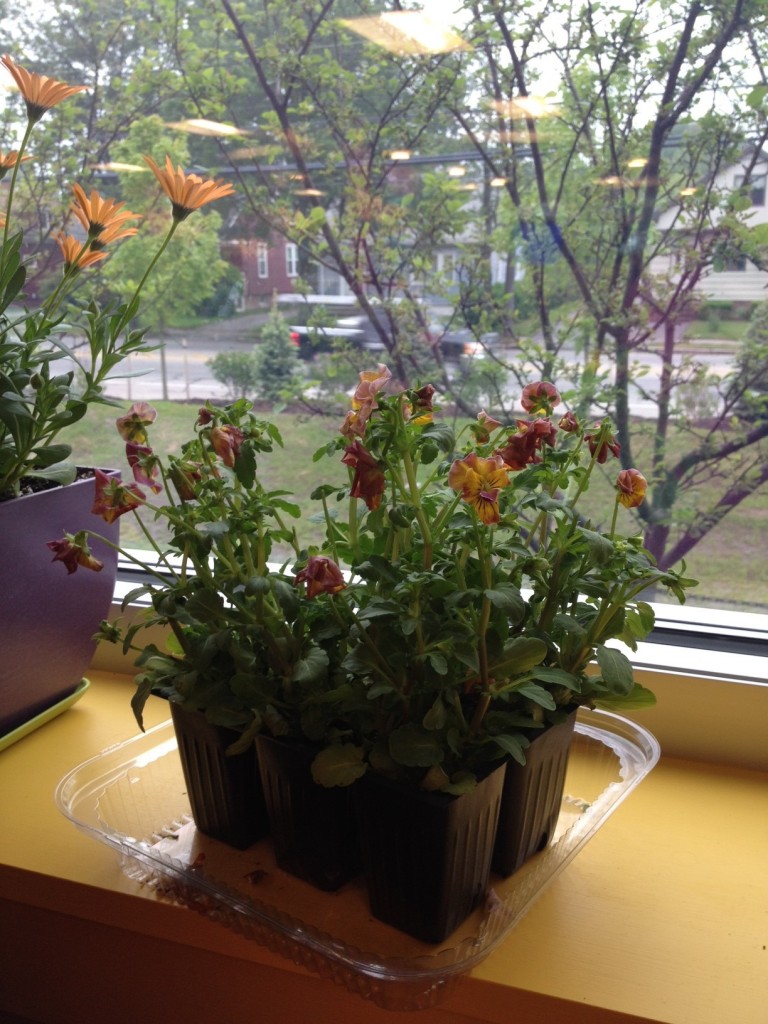 (You can also see Oscar off to her left; he was a good deal more stoic about the three day period of neglect, standing at attention though some of his blooms curled lifeless on their stems. A few swift snips and he was good as gold, with two more thriving blossoms than he’d had when I left on Friday.)

The resilience of nature.

The smell of nighttime spring flowers.

Growing up, but only in the good way.